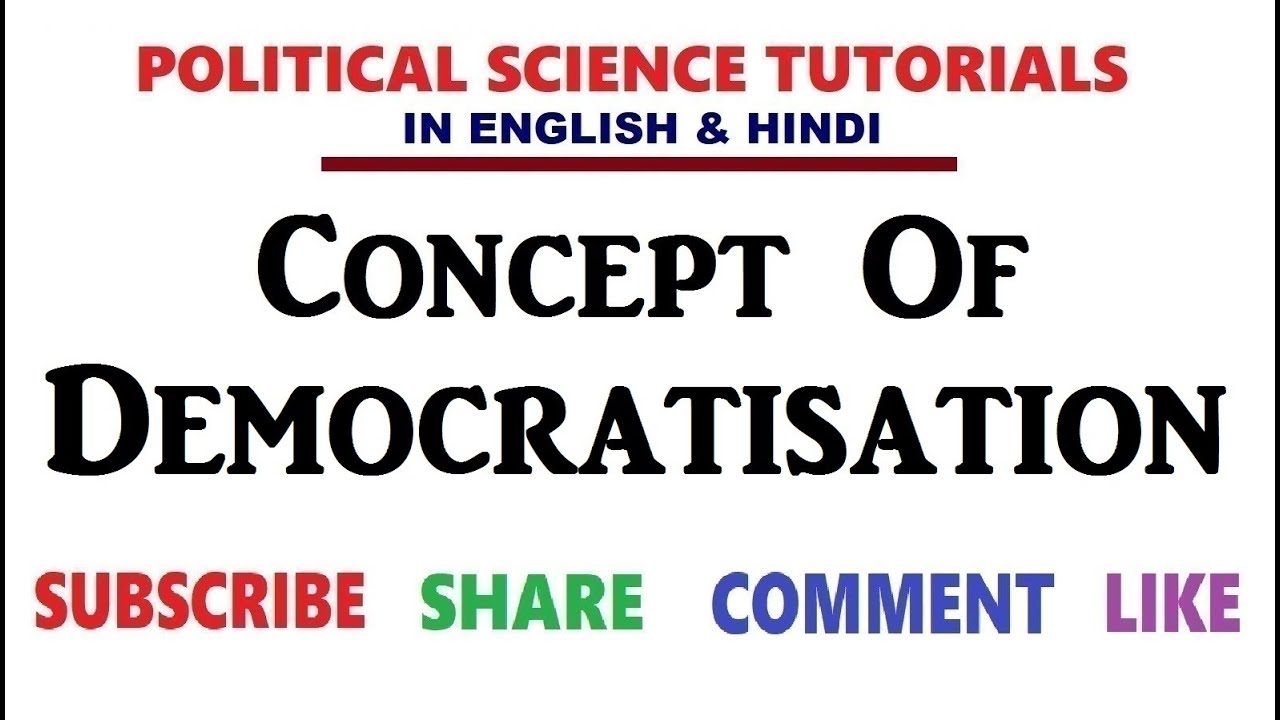 The processes of democratisation have not been universally understood and there is no single path to it. It can be described as a process towards broad citizenship, equality, and the protection of citizens from arbitrary state action. High levels of all four elements depend on the capacity of the state to promote them. The promotion of education involves giving citizens a wide range of political ideas and the right to evaluate them. In this context, the content of education is a major factor.

The principles of democracy are not specific to any one system or structure. These principles can be applied to any society or structure. The most important of these principles are personal freedom and responsibility. Both are aspects of personal agency, and the principles of democratisation require both. A fundamental feature of a democratic society is its commitment to the protection of human rights. A repressive government will eventually bow to the pressures of the middle class. But a democratic society is more than just a bourgeois party or a free press.

A large middle class is often considered a moderating and stabilizing force that protects citizens from authoritarian tendencies. It is a social group that balances out extreme positions. The middle class seeks economic security and political stability, as well as the protection of universal human rights. Its pressures for democratic reform have been crucial in many countries. However, the process of democratisation has been slow, and may require a long time to complete.

Democracies have to face the consequences of a changing economy. The poorest countries have more corrupted political systems than their counterparts. Furthermore, repressive governments will not last long under the weight of an educated middle class. They can influence their government in a variety of ways, such as through political parties. Moreover, democracy will only happen when the population has access to basic freedoms, such as voting and the right to petition.

Developing countries may adopt various paths to democracy. Great Britain and the Baltic states embraced democracy gradually over centuries, while countries in Asia and Africa adopted it gradually. In some countries, democratization came about because the former oppressors were unable to accept the new regimes. In addition, these governments were unable to ensure that their citizens would remain in their democracy. They eventually resorted to repressive methods to achieve their goal.

Developing countries have a democratic political culture. The culture of a country must promote the principles of a democratic society. This culture should be tolerant of differences and mutual respect. It must also be a culture of equality and respect for freedom. Moreover, democratisation must be supported by the middle class in order to achieve the desired goals. The middle class has the potential to change the political system and lead a nation towards development.

The Process of Democracisation The processes of democratisation have not been universally understood and there is no single path to it. It can be described as a process towards broad citizenship, equality, and the protection of citizens from arbitrary state action. High levels of all four elements depend on the capacity of the state to…